Adesuwa Aighewi was raised between the U.S. and Nigeria, the child of a Chinese and Thai mother and Nigerian father, she left school studying chemistry in Maryland for Los Angles to pursue her dream of becoming a model. In the two years since Adesuwa Aighewi has significantly grown her platform. She’s walked in Chanel, Dior, and Gucci (this year alone), become a familiar face all over New York Times’ Fashion Instagram page, written an op-ed about her hair for The Guardian, and was most recently selected as one the member’s of 2018’s DAZED 100, a list of 100 individuals having their moment that the magazine names every year, Forbes Reports.

When she’s not modeling, she’s working with Love Magazine as an editor-at-large, creating a two-phase project for the publication. Phase one which was released recently is a documentary showing the beauty of Muslim women in Hijabi instead of the scary way they are perceived in general media. Joshua Woods, the Harlem-based fashion photographer, shot the documentary which is called ‘Spring in Harlem’. ‘Spring in Harlem’ follows Bintou Kaba, Fanta Conte, Sira Kante, Cire Kaba, and Fatim Camara; on a spring market run talking about their relationship with Islam as hijabi women. “The idea was to do a video that showed beauty in Muslim women. Just because you’re wearing a hijab doesn’t mean you’re scary. It is not about race. It’s not about religion. It’s not about clothes. It’s about beauty” says Aighewi. 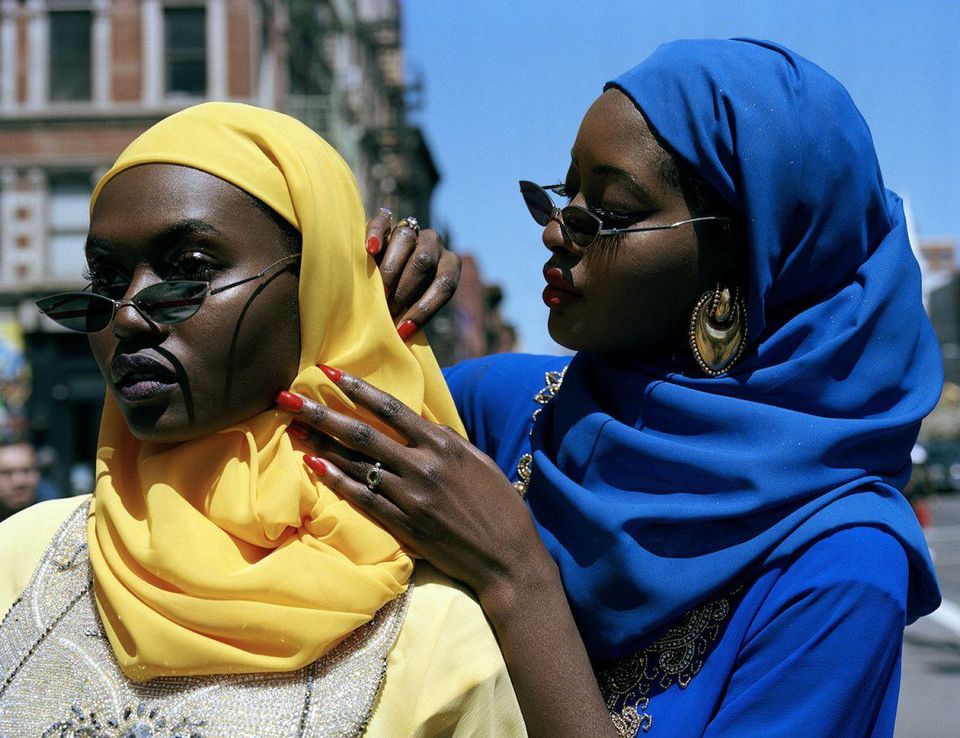 A lot of the reason I did this video is to show how I see the world. They say that you don’t see the world as it is, you see the world as you are. A lot of images I’ve seen of women in hijabs are negative. I want to show the world that Islam isn’t a scary thing. I want everyone to see what I see. I feel like a lot of reason things get lost in translation because people are saying the same thing in two different languages. I feel like I can speak both of those languages. Because I’m bi-racial and because I grew up in America and Nigeria, I can speak the language of the West and the old world. – Adesuwa Aighewi shared with Forbes.

Beauty isn’t the only way to impact the world coming from the fashion world, using the influence to impact certain changes through creative ideas is the profound goal of Adesuwa Aighewi. She plans on Phase two being a children’s book titled ‘Akgube‘ in honor of her late brother Eswei. The book dedicated to teaching children the art and unity of Africa, it’s based on a young Nigerian boy who embarks on a year-long journey traveling from the desert to the river tribe to major metropolitan Lagos, Nigeria in search of his family.

After the Nobel Peace Prize Sex Scandal, The Swedish New Academy Has A New Alternative Award

Oby Ezekwesili has just withdrawn from the Nigerian presidential race