It’s official: Amazon, founded by Jeff Bezos just became the second American company to achieve a market valuation of more than $1 trillion. The Shares of the tech gained hit an all-time high of $2,050.27. Multiplied by the current number of shares outstanding — 487,741,189 — that puts the company’s book value just over the same symbolic milestone that Apple hit less than one month ago, Business Insider Reports.

For context, the entire US stock market — the sum of all publicly traded American companies including Amazon — hit $30 trillion back in January.

The trillion dollar mark was a fairytale a few years ago but with the growth of the internet to more users and the advancement of services offered from tech companies like Apple and Amazon, it’s now a feat that shows how powerful the internet age is. 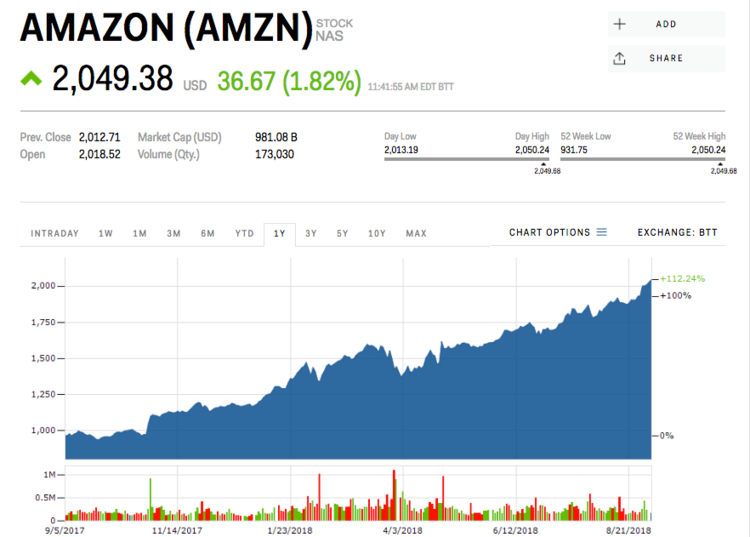 Jeff Bezos, is currently the richest person in the world cause of the boost in Amazon stock and value. The 54-year-old is now worth more than $166 billion, according to Bloomberg’s billionaire’s index on Tuesday. The riches have largely come through his ownership of 16.3% of Amazon’s outstanding stock. The company is expected to hit $210 billion in revenue this year.