Back in 2014, a young, scrappy team of riders told HUCK Magazine that “WAFFLESNCREAM was born out of love and frustration with skate and BMX culture and clothing. The love for everything the culture stands for: the freedom, the friendship, the adventure and just the feeling of being independent.” Fast forward to June 2018, WAFFLESNCREAM will host the second annual Go Skate Day Lagos, a series of events for hundreds of local skaters and riders worldwide – a festival with a purpose of enlivening the skate culture and making it more inclusive. 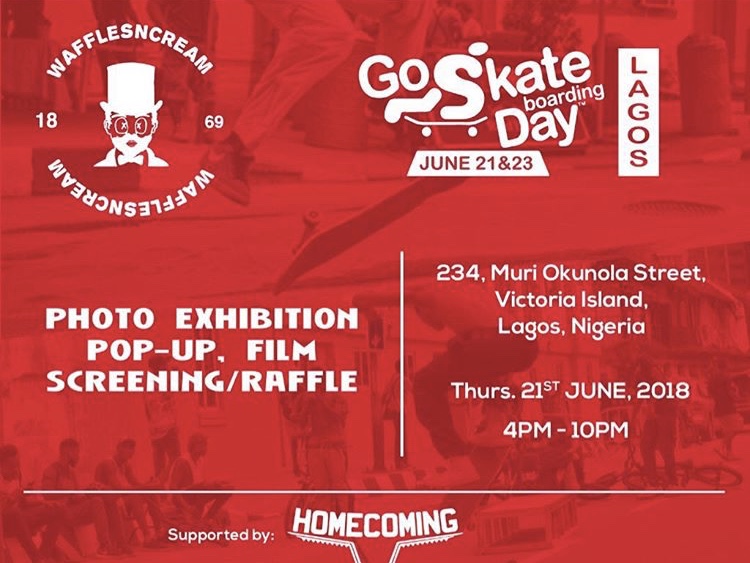 On June 21st, they will be screening an original skate film in between a photo exhibition pop-up at their store in Lagos. The event is followed quickly by a Skate/BMX Jam on Saturday, 23rd of June at the UPBEAT sports centre. In addition to this, there will be various activities and raffles designed to promote local skateboarding for skate enthusiasts.

The skate jam will feature showcases from lovers of extreme sports in the city, as BMXers will be invited to join the carnival. This year’s Go Skate Day is supported by Skepta’s HOMECOMINg, with media coverage from Morebranches.

SEE YOU AT THE SKATE SHOW GUYS 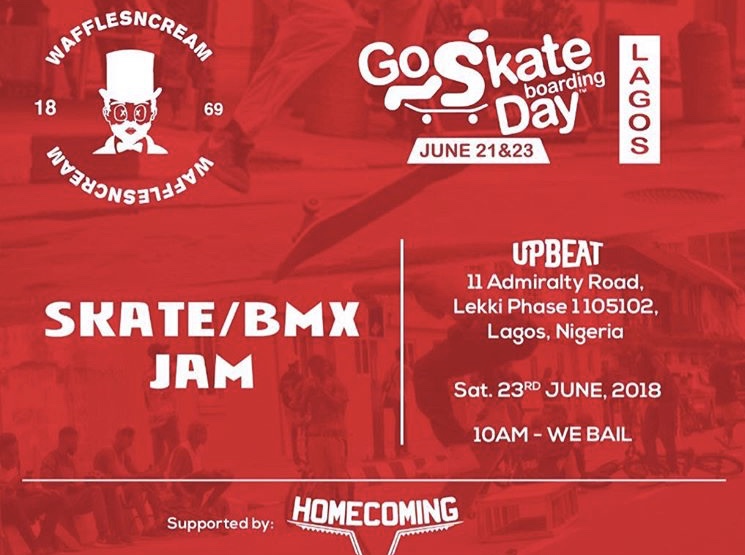 Airboy returns to the scenes with a timely hustle anthem ‘Koko’