by Adedayo Laketu
in Pop Culture
0 0
4

It’s 2018 and the Nigerian youths are ready to take the stage as global superstars equipped enough to create on the highest level, WavyTheCreator from Nigeria is a scorching flame for her generation, blasting out on everybody’s radar, and she’s led each chapter of her rise with great vibes to keep you curious enough for more. To be in tune with Wavy’s ambiguous approach to art you have to follow each of her work with attention, from music, photography, fashion, graphic design, she’s a one-stop shop for content and has successfully contributed personally to each of this fields adding her own little touch as she goes along.

WavyTheCreator arrived on the Nigerian scene and has dominated since meeting Nigerian rap mogul Olamide, who caught wind of the arsenal of talent within Wavy and took a chance, ‘I lived in Houston and I met Olamide when he was on tour, was filming for a friend who was touring. He liked my work and wanted to fly me to Nigeria to work, from there I met other people in the industry’. 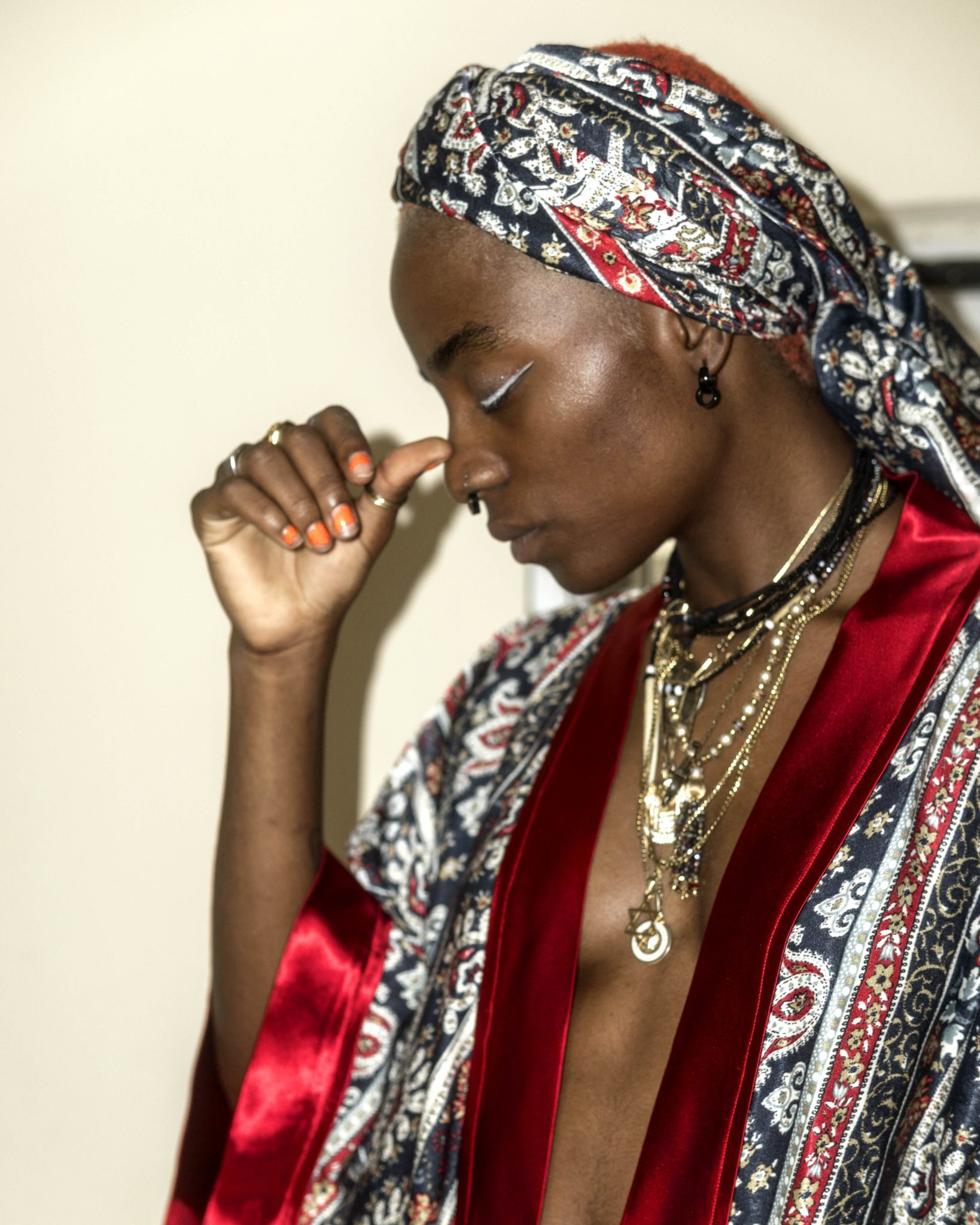 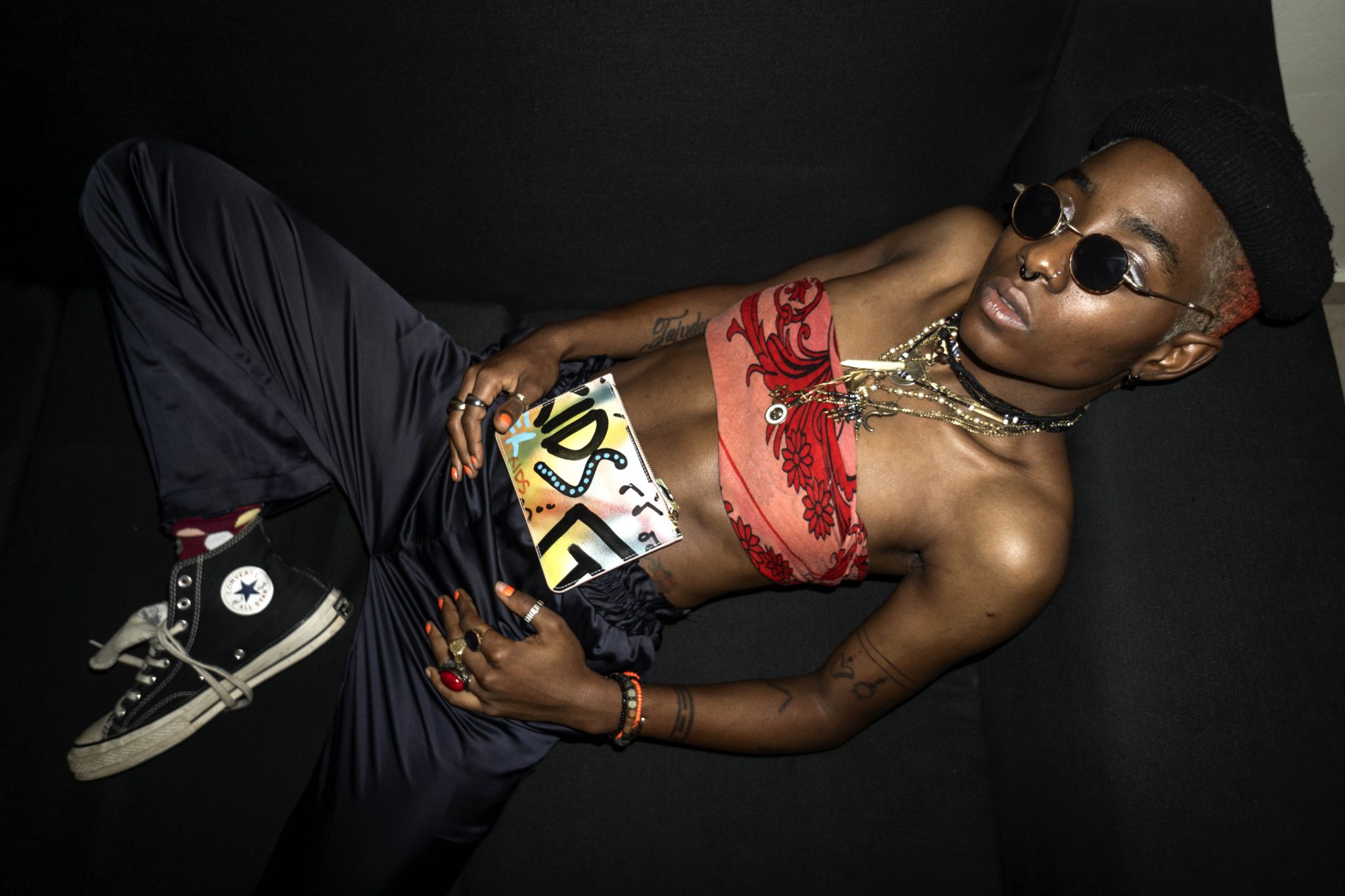 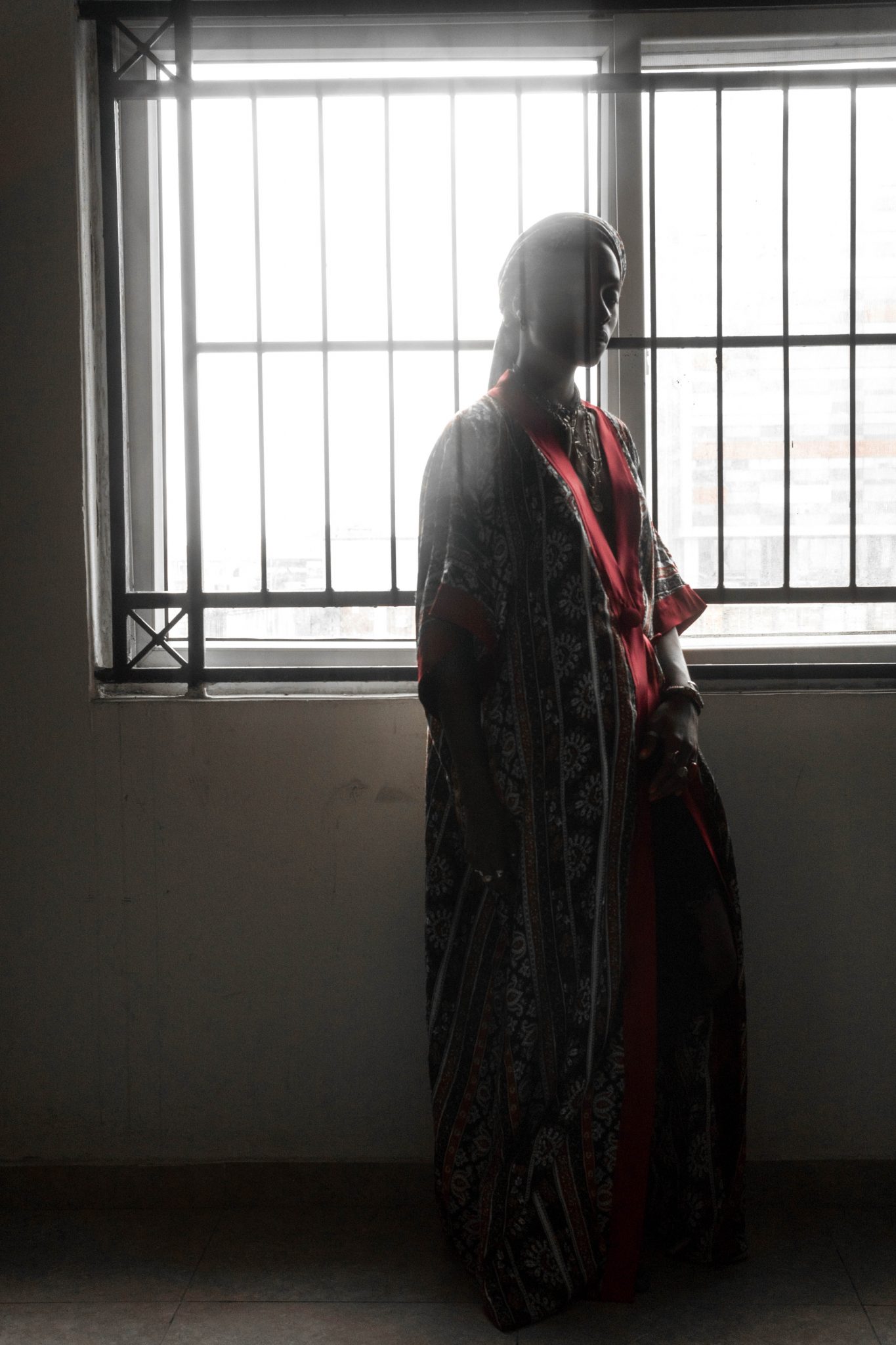 Only a few months in, WavyTheCreator has made a mark on photography, a little bit of filmmaking under her brand Wavy Film, two clothing lines called AZIF & Very Rare Vibes and has become a dominant player in the new age music scene, with hits like ‘Stay’, ‘In & Out’ and ‘H.I.G.H’. Her fresh perspective on the arts gives her content an edge over everything out there currently, she’s not trying to be different, she just is and her beauty comes from expressing it confidently without a care in the world. When asked about her process and how ideas morph to her, she’s quick to play it cool like one who lives in every moment, never overthinking more focused on putting out more formats into the world, in reality, she’s exactly that. 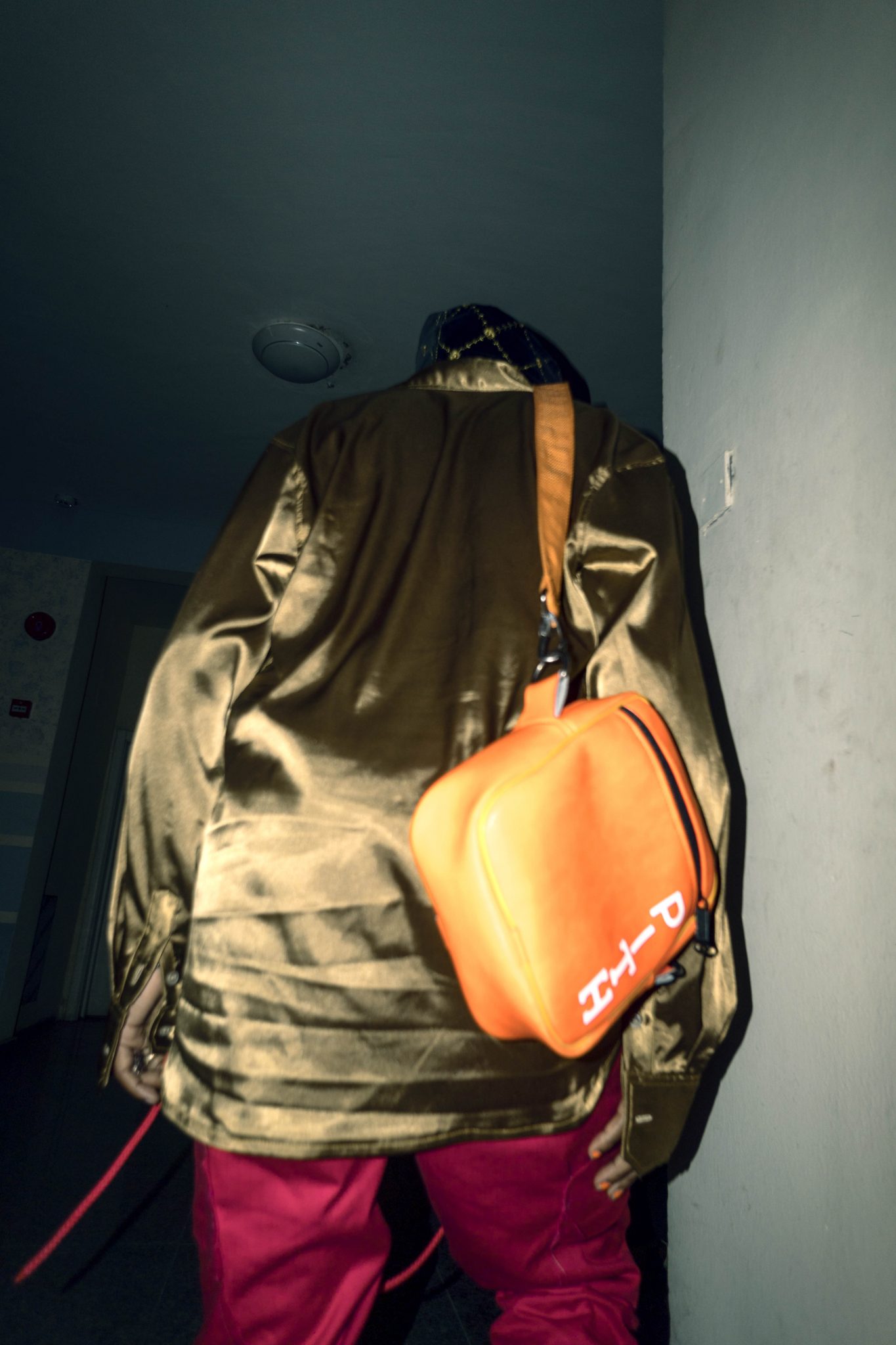 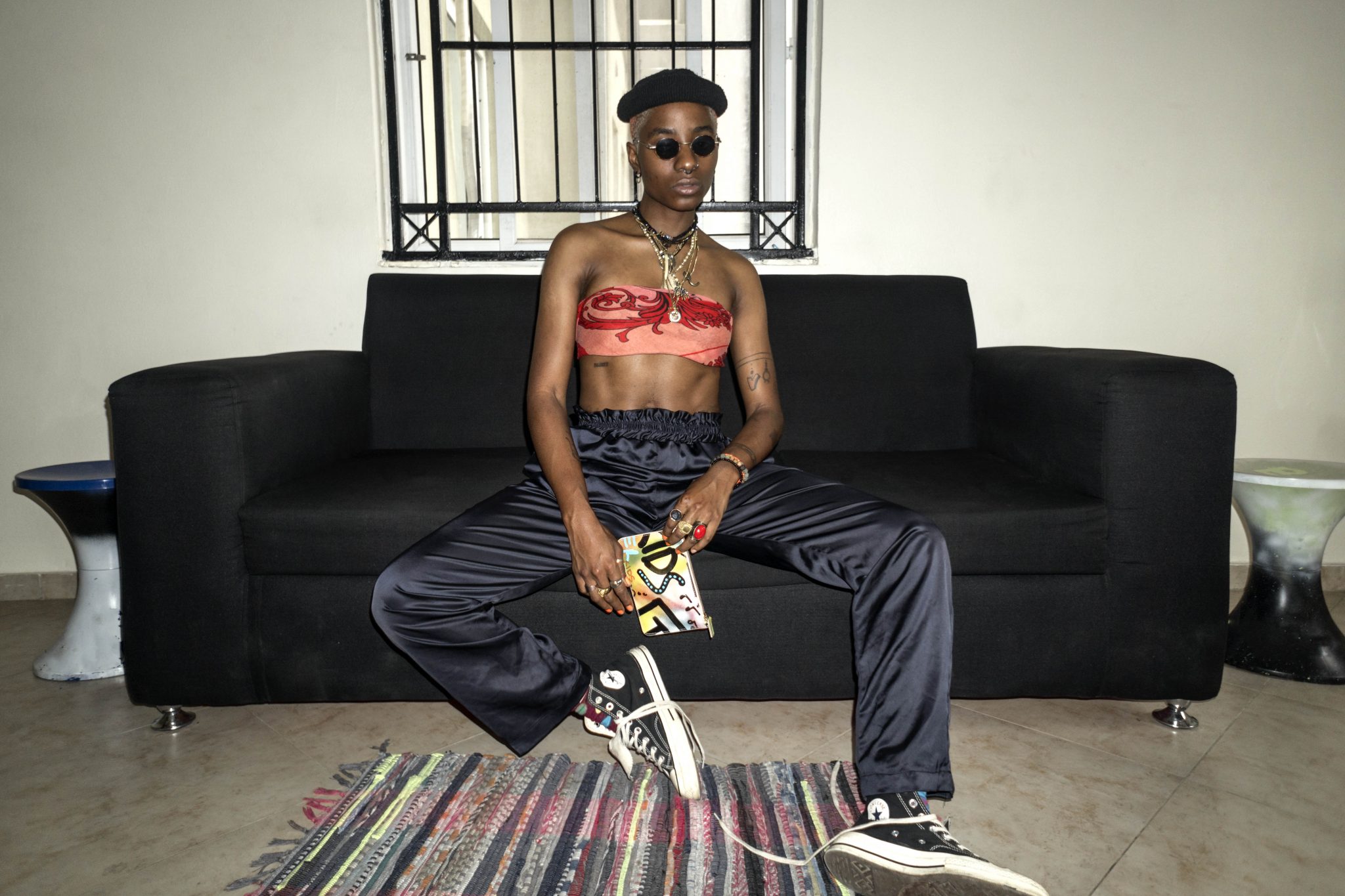 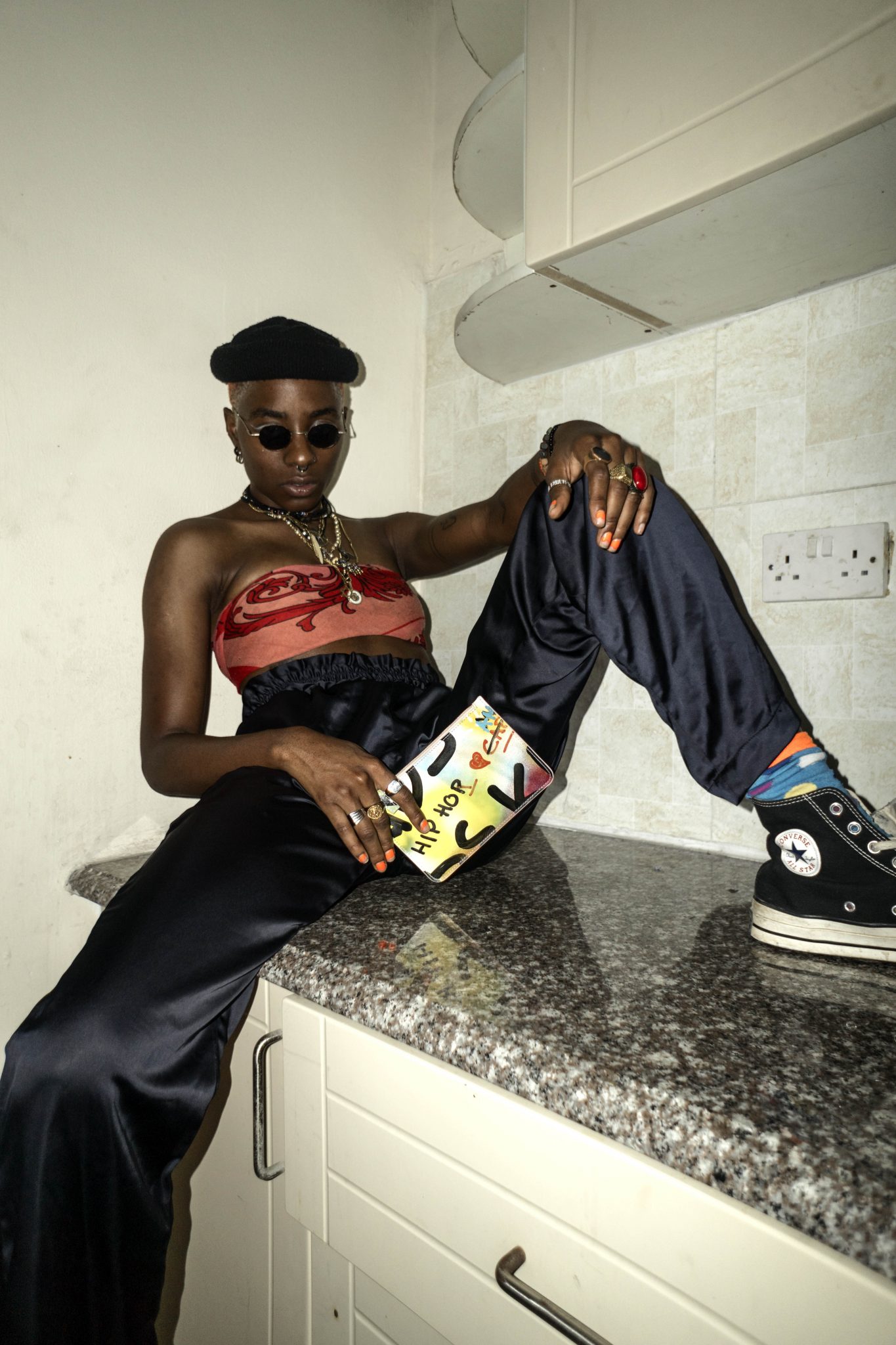 From amazing performances in Lagos and Ghana for notable shows to the visuals, WavyTheCreator has curated for her songs or personal shots taken by Lagos top documenter Thompson. S. Ekong, there’s always a grey area to be explored. Leading a new generation of young women who feel boundless and can’t stick to one thing, Wavy has built a haven to foster for these ladies to be expressive in whatever way they choose. Taking different ideas and making them one can be seen in her style, charisma, and approach to creativity.

We’re inspired by all she has to bring to the table as her career shifts towards the stars, what can’t she do?

All of my art is an extension of myself, if I was filming, recording or making an artwork it’s all influenced by anything I’m experiencing at that moment.

The show must go on, it’s been brilliant to see the introduction of a new kind of music, and appreciation of being an independent woman being represented organically, her unique vibe, her delicate story to tell and we’d be damn to admit she’s on her own lane, don’t fight it.

All content owned by More Branches shot at the Baroque Age Studio.

More Female Owned Businesses In Africa Through She Leads Africa

The Rise of Mushin Loud