Rele gallery set a platform for young burgeoning artists to showcase their brilliant work with their first exhibition of the year titled ‘Young Contemporaries’ open from January 13 till March 3rd. The Lagos art scene came out to show that they’re prepared for the new season of art with the turn of the new year. It was a vibrant gathering and the Rele walls were endowed with lots of great artwork.

There were interactions between artists, collectors, art lovers, friends, and family alike. The vibe was affable, art was sold, there were red dots all over the place – In case you didn’t know, red dots mean the particular work has been sold and your chance to purchase has gone kaput. 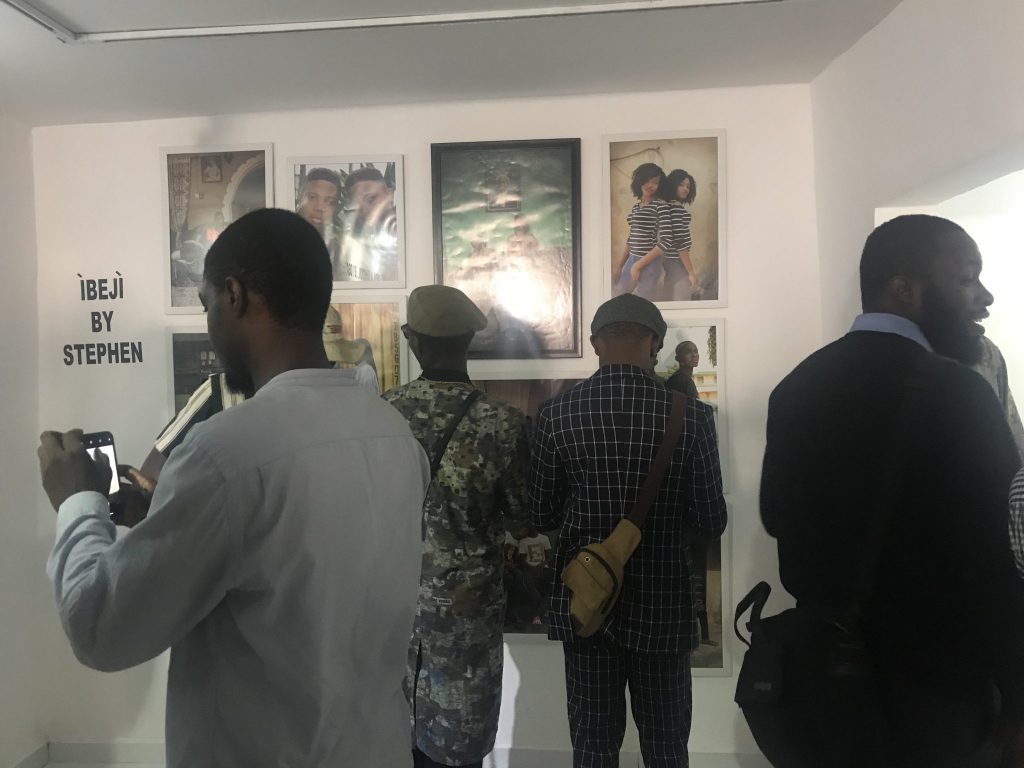 Stephen Tayo’s work was titled ‘Ibeji’ it was a series of photographs exploring the diversity of the phenomenon of twin siblings. His work Adopted formal poses popularized from the studio photography of Malick Sidibe, Seydou Keita, and Samuel Fosso in the 50’s and 60’s

Osaze Amadasun’s work was my favourite selection of the exhibition, if I was an art collector I’d definitely have purchased the whole series. Added to the baroque detail of the brush strokes in the paintings, it was created around an elaborate narrative about a figure transcending man and deity to become the Oba of Benin. It was an exceptional show of skill.

Tonia Nneji’s work is characterized by expressionism and bold use of colours contrasted with depictions of the female silhouette in comfortable positions, draped in traditional Igbo attire. 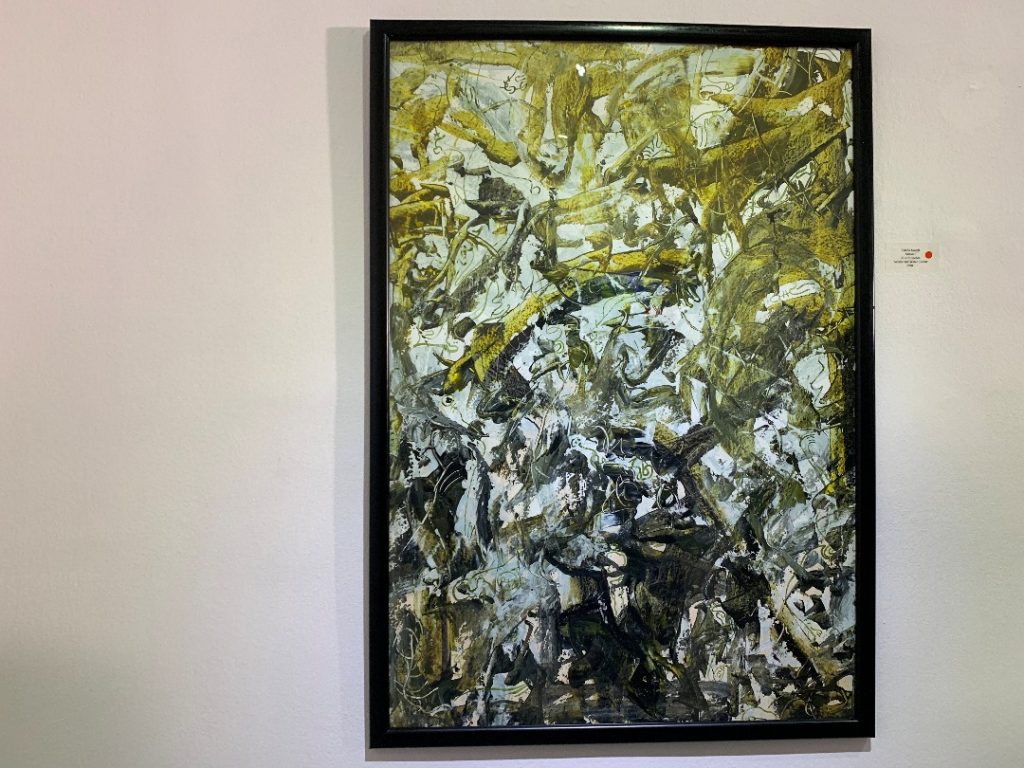 Fidelis Joseph’s abstract art series titled ‘The Spirit of Salkur’ was manifested through the use of acrylic and watercolour. I would love to go on about his work because there was one [the one above] that caught me lost in its depth [and of course that was the first one that was bought] but I didn’t get the opportunity to hear the artist unpack his abstraction.

Painter Abe’s ‘A Wonderful Space’ exhibited the use of Acrylic paint and pastels on canvas to reflect his personal experiences and pop culture musings. Abe’s work incorporated an interactive element which was sweets everyone thought were not supposed to be touched [as per art] but actually were there for taking. I’m not ashamed to admit I took more than a couple.

Osaru Obaseki’s work ‘Red Earth is Blooming’ was created using a combination of sand and acrylic as her way of synergizing the ancient and the modern as two juxtaposed civilizations.

Although we said art shows in Lagos were boring, the young contemporaries exhibition was a deviation from the norm, maybe art shows in 2019 are moving different or this is just a one-off, well, we’ll have to wait, go for more art shows, and see.

Philosophy nut. I recommend Albert Camus and Eckhart Tolle to everyone I know.

Big Brother Naija is back for a fourth run

Voices Of Music: Preyé releases ‘Cookies’ her first solo single in over a year