WHAT IT IS TO DATE AS A BLACK FEMINIST

by Faridah Koledoye
in Features
0 0
0

I have dated in the past without identifying as a feminist, but I have always been passionate about women’s rights, especially mine, so not much has changed other than me becoming more outspoken to the rest of the world on these views. I believe some of the men I have dated care about women’s well-being in a general aspect: (rights to education and body autonomy), even if they did not identify with the word “feminist”, which seems to be loaded for some weird reason.

I started using the word “feminist” to describe myself in late 2016. This change was triggered by an unfortunate encounter I had with a man at my college regarding job hunting and my “assets”. He insinuated that I did not need to bother with the stress of looking for a job and interviewing as my body would get me far. I thought this was really disgusting (it is!), but the worst part about the situation was the fact that very few people thought this was inappropriate. 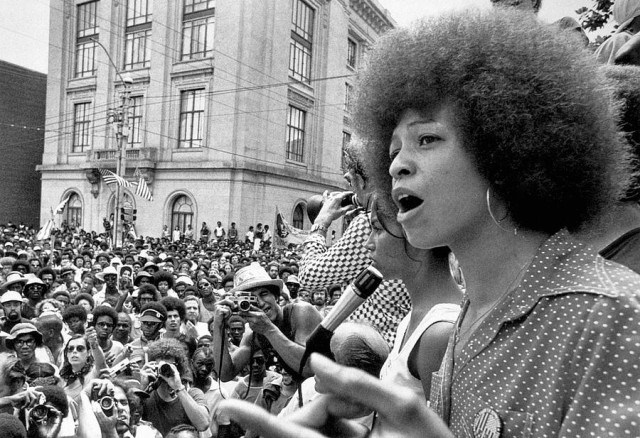 Sexist and demeaning behavior is often taken lightly by men and this did not (still does not) make any sense to me. My boyfriend at the time told me it was probably a joke and I should not be offended by these remarks, which I thought was a poor way to support me and my emotions. After talking to my girlfriends, I realized a lot of them had gone through similar things, but no one wanted to speak up about them. I decided to start speaking up about the injustices women face, both inappropriate and economical because if not me then who? Other than educating sexist men, I believe in the equality of both the sexes and it is a well-known fact that women are still on the shorter end of the equality stick. This led me to create a blog to educate the masses and create awareness of these issues.

While I was coming up with my blog and becoming more vocal on these issues, I met my current boyfriend who was just a friend at the time. He helped me with my logo, with deciding a name and so much more. Dating as a black feminist has been the most exciting and liberating thing ever. I feel so comfortable expressing myself and my beliefs, more than I ever have been before. My boyfriend also identifies as a feminist and is extremely supportive of all my endeavors and understanding of the work I am trying to do as an advocate for women’s rights. Since he understands women’s issues, I don’t have to hear things like “It’s not that big of a deal” or “It happens all the time”, when I am trying to discuss anything sexist or the facts on women’s issues. I get comments like this from random men who have no idea who they are talking about. If anything, he has strengthened my relationship with and view of men. I have learned that some men are down for the women rising and that they plan to empower us by speaking up on these issues with us. What a time to be alive!

Having a man who I can openly talk to about these issues has been an amazing feeling. We have been together for almost a year now and things just keep getting better. Our relationship doesn’t have much gender stereotypes, meaning no one is expected to do anything solely based on their gender. We treat each other as equals in pretty much everything we do. We work as a team. He knows that although we have different genders, I am no less than him or in his life to please him. We both try hard to make each other happy and support each other, which is what relationships should be about at the end of the day, as well as sharing similar values.

To any woman out there who may be scared of expressing her feelings about feminism and women’s issues/right, I want you to know that there are men out there who understand you and will even think your mindset is a plus, not a negative.

I am passionate about women's issues, girl child education and mental health. I also enjoy African and individualistic fashion, art, music and entertainment. Featured in New York Times, 'Because I was a Girl, I was told'. Find more of my writing at girlswhostrive.com