Sometimes we search for a voice in solitude, sincerity amongst and within ourselves, to create something pure and adulterated, a dream we have begun to live in this age.

We pondered on questions of skin color, gender roles, institutionalized masculinity and came to the realization that there exists intrinsic fallacies breeding the issue of expression between sexes, a deformity created by our design.

In Africa, gender fluidity is a reoccurring rhetoric in the fashion scene dismantling
precepts and evoking an acknowledgment of a gender spectrum.

In this growing conversation around gender fluidity, we identified a ‘neo-approach’ in the appreciation of beauty fueled by incessant dialogues around the subject matter.

Wildered Thoughts Of Beauty aims to highlight this ‘neo approach’ which simultaneously breeds the concept of creative freedom and reflects what the new Africa is founded on.

can you hear the sounds of my mind?
the soulful, smooth melodies the band played for my story –
so misunderstood
can you imagine my wildered thoughts of beauty? 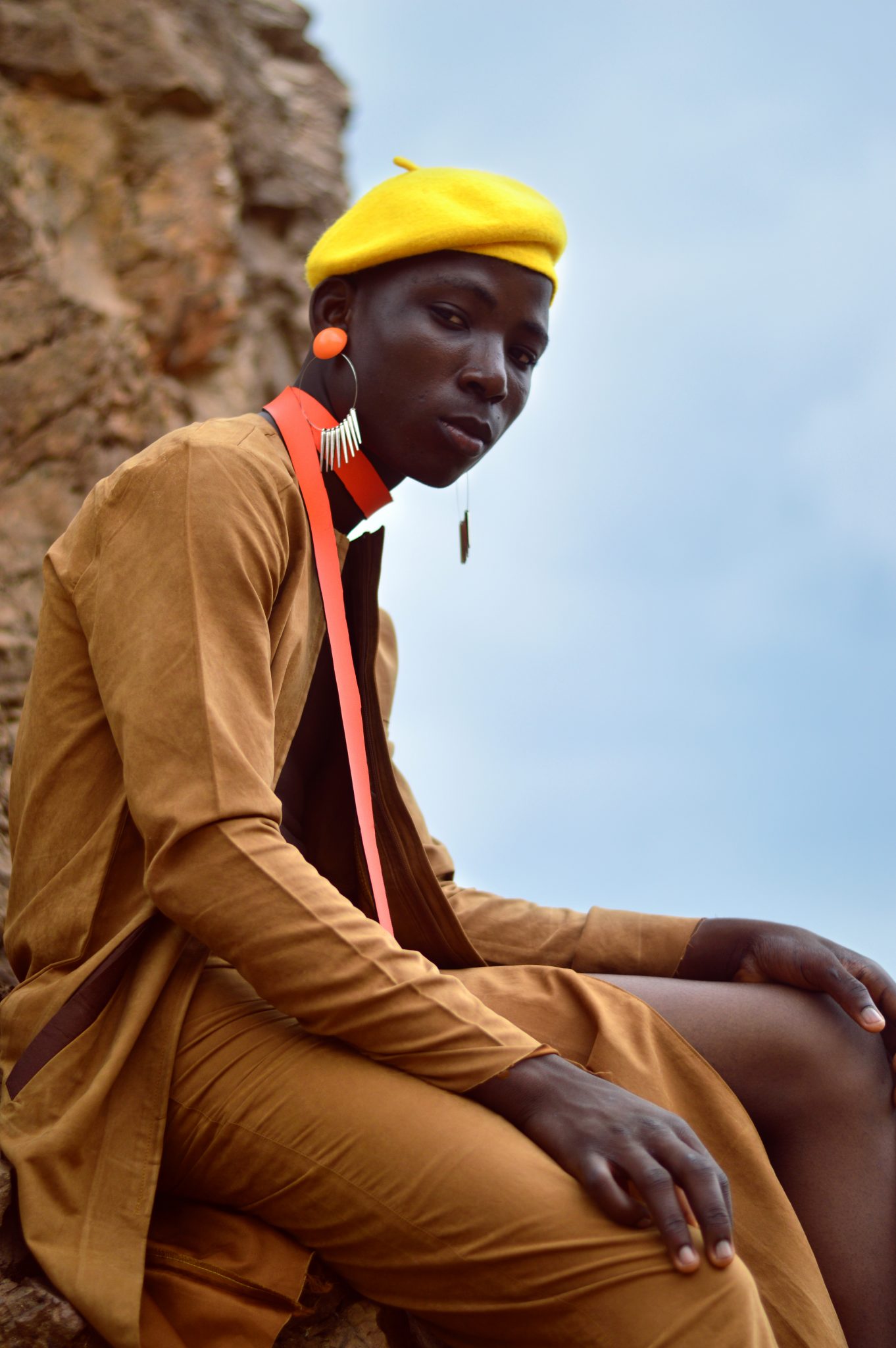 and here comes the powerful orator ready to tell my story
he has chosen to call mine ‘wildered’; to lead astray
in his words, ‘you have led far too many astray’
but his words are full of would-be-clauses and should-be-sentences
because he speaks in phrases:
the powerful orator has lost his doing word

but he finds it

he finds it in fashion, in speaking about how he feels what he feels when he feels
he finds it in talking about how the protagonist of his plot unfolds; fold after fold
he is vulnerable and true and kind
he finds it by ignoring the leaders’ call to obey
to serve a fatherland
that rejects, spits and mocks men
who redefine what a man could be and should be,
what a human must be

he finds his verbs

when i tie the only knot of my damask patriotic green gele
and put on my coral beads
red.burnt orange.sunset orange.
of love, strength and faith.

he has a new national anthem

so can you hear the sounds of my mind?
the louder,upbeat energetic tunes of my story
once misunderstood
formerly a taboo
now a critically acclaimed short film,
written, directed, spoken and watched by
african women and men that dismantled patriarchy.

Images and film were shot on location in Ibadan, Nigeria.

Take The Leap From Spectator To Player as an African SME