Godfatherism & The Future of The Nigerian Youth

by Anjola Fajembola
in Features
0 0
0

One of the most disconcerting things so far is the unmannerly effrontery of the current generation in power to admit that animals can steal or swallow money, let alone the frivolousness of the Nigerian media and the part it plays, political trash becomes international news, high-grade mockery. Its no strangeness especially because other scenarios have led up to this point; real-life situations which, will go down in the history of our once great country.
There is something called legacy which past politicians have left (or what we were made to believe) and till date, we refer to the likes of Dr. Nnamdi Azikwe, Obafemi Awolowo, Tafawa Balewa, men who are on the Nigerian currency because they dedicated their lives to their country and not just themselves. I always go around telling my peers that we can do the same and just because we aren’t in government doesn’t mean we can’t create the change we want to see. The incumbent government has been the same since independence, just a reshuffle of profile portraits every 4 or 8 years. Let’s not forget the existence of ‘Godfatherism‘ in Nigerian politics which is not unheard of, these sect has positioned itself as a cabal that compensates younger generations with political parastatals and contracts; and that’s why you hear phrases like ‘OGA AT THE TOP‘ or names like Asari Dokunbo and Tompolo. Every political party in Nigeria today, including the ones camouflaged as youthful, radical change movements have godfathers. 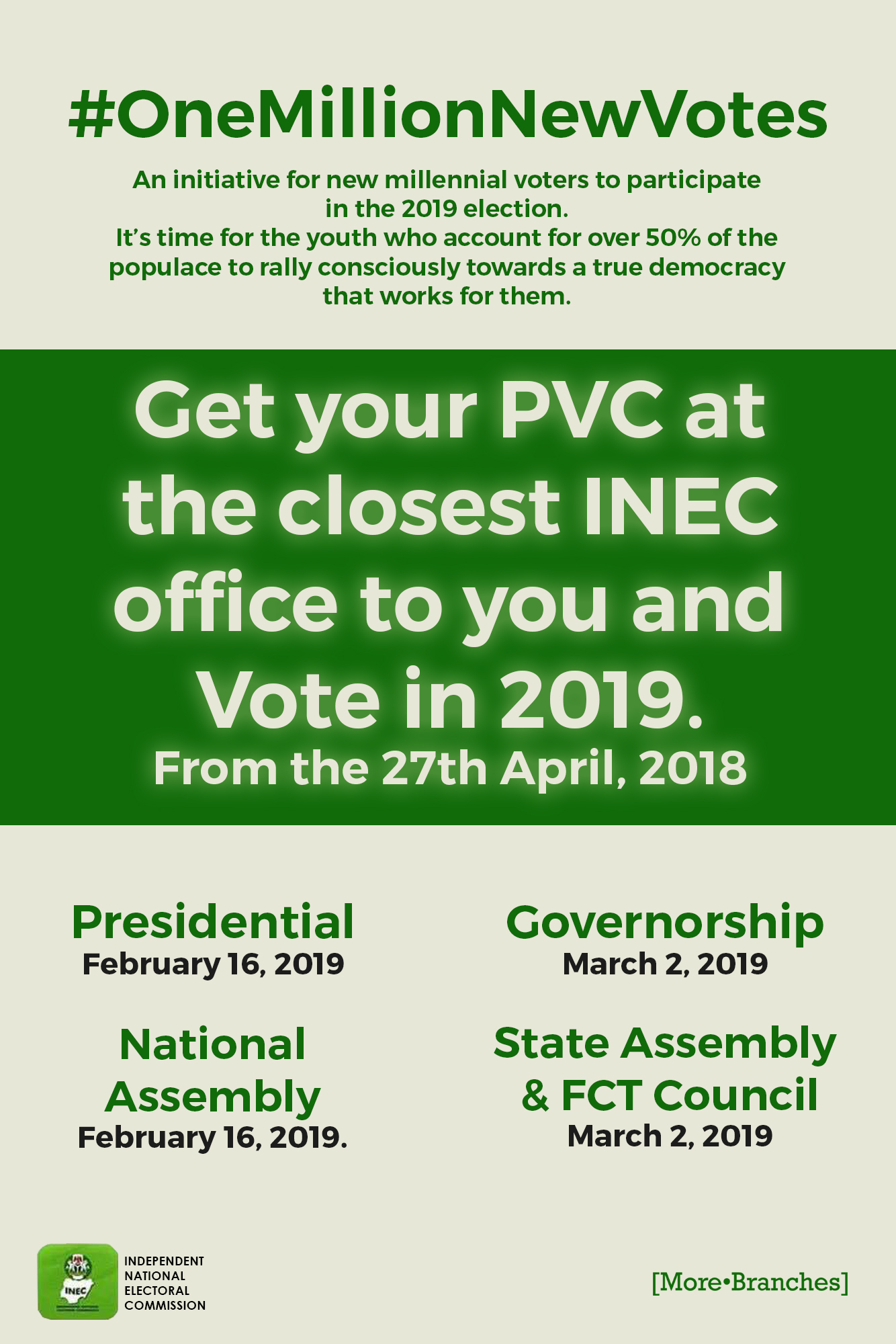 Youth empowerment in Nigeria has been mistaken for entrepreneurship training. Teaching them how to make clothes or style human hair just because they are ‘idle’ or ‘there are no jobs’ doesn’t mean that they have been empowered, if anything, they are being circumscribed. When there is passion, there are a lot of things that can be achieved. On the other hand, this doesn’t also mean we want to be in power, we admit to the ‘no experience’ tales clotted around how much damage has been done, but if one thing – we have the ability to create a joined effort and put our minds into something much bigger than leaking pockets. We believe in the dignity of labor, but we can’t do all the work and they take all the credit. If the president is old or sick, why vote him in another time? or his peers even? This is a clarion call not just for the Nigerian youth but every young African out there, it’s time to make the change we want because our lives depend on it. Go get a PVC (Permanent Voters’ Card) today.

19 year old blogger & mass communication student interested in pop culture, lifestyle and millennial engagements. Aspiring editor for Genevieve magazine; she is an APCON certified practitioner and is supportive towards the empowerment of youths as well as fashion, arts and African culture. She also enjoys DIY projects, taking pictures and vibes to afropop.