by Adedayo Laketu
in Culture
0 0
0

One of the best ways to appreciate a new culture is through its culinary traditions, it unpacks the beliefs, identities, and behaviors within the people. For Africans, Nigeria to be specific, you can feel a wide variety of appetites satisfied by different dishes tied to their ethnicities. Each serving is a range of tastes made with different forms of artistic chaos, sometimes unified under emblem dishes like ‘Jollof Rice, Puff Puff, Shawarma, Amala, amongst others.’ Apart from this, there’s really nothing else. Nigeria seems to be stuck in a time capsule, it’s the same roaster of food without much change in our diet and how we eat.

In more recent times, there’s been a mini-explosion in this scene [finally!!]. The internet generation [conscious of everything] is interested in having more variety to what they eat and this has led to the birth of more restaurants, more multinational food franchises, food festivals, and blogs like EatDrinkLagos to thrive.

Eat Drink Lagos started as a food blog by Nosa, 28, and Folly, 27, in 2014 and has grown to the number one destination for anything food, with thousands of monthly visitors as more Nigerians get interested in getting more exciting food. Under the guidance of its founders, Nosa & Folly, EatDrinkLagos developed ‘EatDrinkBot’ a chatbot for finding restaurants in Lagos, a yearly food festival, ‘EatDrinkFestival‘ – that boasts of almost 15,000 attendees, private lunch club and began the country’s ‘Jollof Rice Day‘ in collaboration with renowned chef KitchenButterfly.

We spoke to Nosa and Folly about the food culture of Nigeria and their plans for the future.

Nigerian food culture is very exciting but without the right direction, it might seem a bit bland. How has the food culture in Nigerian grown over the years and what’s unique about eating in Lagos?

NOSA: We’ve come a long way in the last ten years. It might seem bland now but it was way worse. All we had was Chinese food and Double Four. Nando’s used to be here and they absolutely tanked because the market wasn’t ready. People are a lot more open to eating out now. With that perspective, it’s easy to appreciate it for what it is now. It’s still in its infancy and still finding itself. It’s not particularly exciting like an Austin or a New York, but it’ll get there.

FOLLY: Apart from the restaurant scene, we’ve also seen the rise of culinary arts and other related positions become a career path for many millennials. We now have more professionally trained chefs, food bloggers, food stylist, menu consultants and recipe developers, and food photographers. The list could go on but those are some that come to mind

How did you both meet and what triggered the final decision to start Eat.Drink.Lagos

NOSA: Met in our NYSC local government thing. We were both in the same group. I always wanted to start a food blog and one time at brunch with her, we started talking about how the bacon in Lagos was a bit struggle. That’s when I floated the idea of the blog to her. She came up with the name and the rest is history.

You’ve grown into the major food blog/directory in Lagos. How do you select the restaurants you review and what’s your process in rating? What would you say is good food?

NOSA: There’s no particular science in selecting the restaurants we review, to be honest. Basically places we spot on Instagram or on our work commute. Sometimes people send us places to check out. We’re pretty much open to anything. Maybe not the places they serve food in those glass displays as you see at The Place. Not doing those anymore.

FOLLY: Haha yeah, it’s unlikely that we’re going to find a diamond in the rough or anything like that

NOSA: For ratings, we try to understand things within the context of Lagos and, to a larger degree, Nigeria. This place is a hellhole infrastructure-wise so that’s always going to have a secondary effect on the experiences restaurants try to create. The ratings come from a “compared to other restaurants in Lagos” place. So a 10, for example, in Lagos is probably not a 10 in LA. It just means it is better than the other places in Lagos.

NOSA: I like me some hyperbole for effect, to be honest.

FOLLY: It’s interesting that some people have viewed that as snobbery because apparently comparing food in Nigeria to experiences outside the country is a sly attempt to inform others that we’ve been outside Nigeria before – sounds like a reach to me but Nigerians are sensitive about these kinds of things. 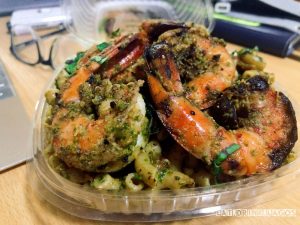 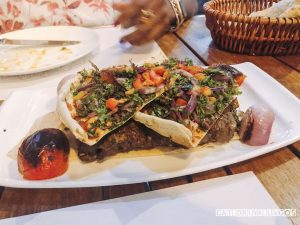 You started a festival a few years ago to help engage your audience and also bring more food spots and ideas to the light using your platform. With over 15k+ attendees yearly, what is next for the festival?

FOLLY: Over the years, we keep building on the EatDrinkFestival experience and adding unique experiences to the event. For example, in 2018 we added the Fun Size Experience tent for those who were seeking something more upscale from the event. In an intimate environment, a guest who purchased tickets were treated to lunch/dinner from top culinary talent. This year, we’re looking at national expansion and bring the EatDrink experience to another Nigerian city.

There’s been an explosion of restaurants in Lagos these last few years yet none with a Michelin star yet. Anything still missing?

NOSA: It’s an explosion, but they all largely follow the same templates. Very few restaurants here are particularly exciting or ambitious. To get a Michelin, you have to make a seriously compelling case. Until then, we can always claim IKOYI [London].

The food culture in Nigeria has always been a mix of western and local influences but over the years we’ve seen more restaurants with western influences open. Do we fear our losing local cuisine and the craft behind it

NOSA: I think that’s down to the attitudes of the people, to be honest. Look at the backlash to Danfo Bistro, for example. You’ll never get that kind of vitriol if they sold the standard Lagos restaurant fare. But we’re not losing anything regardless. Bukas are going nowhere. 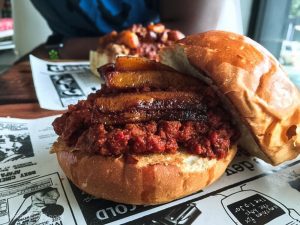 How in general can we improve the food ecosystem of Nigeria generally? The major disadvantages you feel most restaurants and food lovers face?

NOSA: The market needs to mature a bit. I feel it’s a bit unfair for me to put the onus on the consumers, but it is what it is.

Your reviews are written in the form of conservations, with a lot of humor. How did the writing style morph into this?

NOSA: We played around with it a bit. Straight up prose confused the initial readers so it naturally evolved to its current state.

FOLLY: Yeah we didn’t start out with it like this but like Nosa said the initial readers were confused because they’d notice that two paragraphs were written by two people [probably based on the style]. So what the blog has now is an evolution that has become its USP.

You’re heavily invested with the aesthetics of your website, how users interact with your platform with the launch of your bots. How has this helped improve the traffic on the site and user experience? And what kind of age demographics would you say are regular users of the platform?

FOLLY: The majority of our users access our products [website and bot] from mobile devices so we always think mobile first in terms of design and functionality.  I also know the white background and lots of white space on EatDrinkLagos are positive to many readers because the food pictures stand out a lot more. That’s not going away any time soon… or ever actually.

NOSA: Our audience is largely millennial and mostly female. 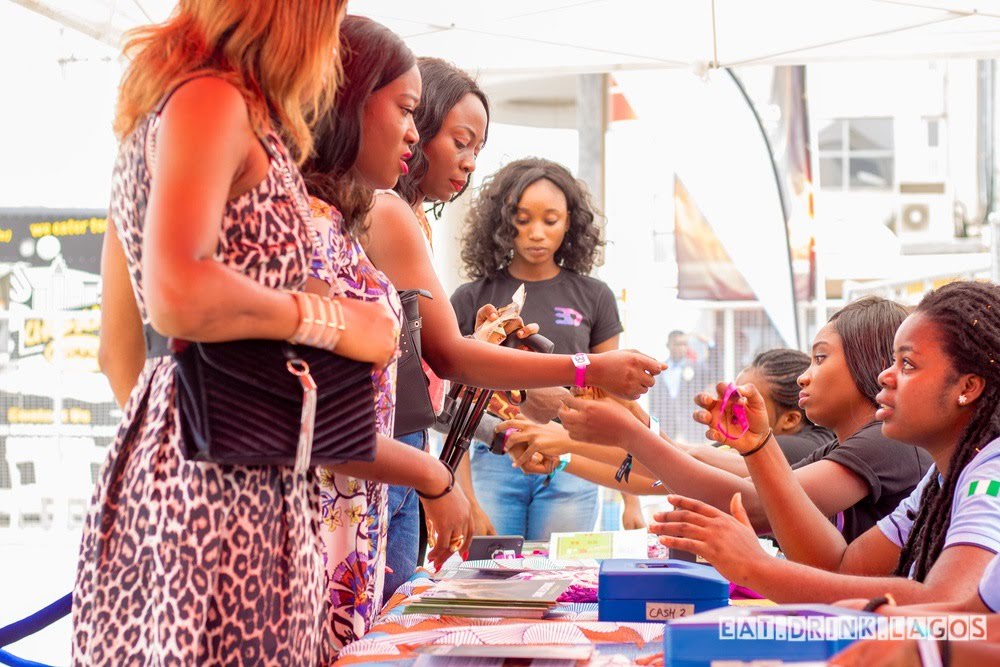 You both have day jobs, ever think of going full time into the company and what are the next few years for EatDrink looking like?

NOSA: If it grows to the point that it needs me present 24/7, then it’s probably making a lot of money and then I’ll probably do it full time

FOLLY: Eventually, as our expansion plans unfold and the business demands more of our time we’d likely do it full time.
Tags: eatdrinkfestivaleatdrinklagosFood

GIDI IS HOME, WELCOME TO #MYGIDI